The issue of decolonisation was brilliantly aired at a packed workshop at the Eurocities Integrating Cities conference in Utrecht in November 2022. Saraya Gomis, State Secretary for Diversity and Anti-Discrimination at the Berlin Senate Department for Justice, Diversity and Anti-Discrimination and Lydia Mutyebele, Alderwoman of Housing, Public Patrimony and Equal Opportunities in Brussels, set out their thoughts and these, and the subsequent lively discussion which took place chaired by Ceri Hutton of MigrationWork CIC, inform this article.

Decolonisation is often referred to as the disillusion of former colonial powers. But even if overt political power structures have changed, many former colonies are still bound by economic and monetary dependencies which serve to secure Europe’s access to raw materials. Today colonial power is exercised through financial structures and immigration defense systems which discriminate against many coming from former colonies. Experiences at borders show the violence and discrimination at the hands of Frontex and European border police that are metered out towards migrants from many former colonial countries in, for example, Africa whilst other migrants secure safe passage and are granted protective rights immediately.

Why must we talk about decolonisation when we are considering integration measures?

We need to talk about decolonisation in order to understand the history of why things are happening on our borders as they are and why and how entrenched and systemic racism exists in our societies. Only by so doing can inequalities be revealed and addressed.

The importance of learning about our history of colonisation

Communities must learn about the history of colonisation in order to see how it shapes our systems of power: through structural and institutional racism, through economic exploitation, and through social inequalities. This shapes the trajectories of individual’s life paths; social relations and community cohesion. In building diverse cities that celebrate migration, we must recognise the history that sits behind the various different experiences and trajectories of migration, and take responsibility for it.

“If we don’t talk about decolonisation, we forget about racism. The Congolese community in Belgium didn’t have jobs, or houses, until recently. If we don’t learn about colonisation in school, we don’t make links between these patterns and our history” – Lydia Mutyebele

It is not just enough to talk broadly about previous colonial power structures. For every community there is a different story, and our understanding of history must be specific and tailored to each local community. The experience of the Congolese at the hands of the Belgian colonial powers was very different to the experiences of the Namibians under German rule. Each experience needs to be heard and understood in order to both acknowledge the specifics for each community’s history and then learn from it. Local decolonisation efforts must therefore begin with first building an understanding of the colonial experiences of those within that community. As Lydia Mutyebele notes:

This learning and shared understanding can then form the basis of community conversations, of education programmes, and of the actions that are needed in order to acknowledge and redress the past.

Once we have learnt about the history of colonisation – what next? There must be self-reflection, a response, a reckoning with the past – some kind of restitution. Former colonial powers must take responsibility for the past and for the crimes committed. Addressing the physical landscape and the symbols within it is one way in which this process can materialize – through reflecting on the monuments and street names around, and considering how these can be changed. Some countries have given back items that were stolen in the colonial era; some have made public apologies and held ceremonies. There is no single ‘decolonisation’ process for a city as each city will have been influenced – and benefitted – from colonisation in different ways. Just as there were many different experiences of colonisation, the decolonisation discourse has many voices, perspectives and demands.

The Congo was Belgium’s largest colony, and the colonial legacy has “left its mark on the minds and monuments of the people of the Congo”. Monuments have played an important part within the context of Brussels – including taking down symbols of the violence and harm colonisation wrought, and creating new monuments which better reflect role models of today. One such outdated figurehead – the former King Leopold of Belgium – represents a heroic past for some, and a violent past for others. So, Lydia and her colleagues worked to have his statue removed.

“It’s hard for Belgian people to hear that we want to destroy this statue of their King. The difficulty is the symbols.” Lydia Mutyebele

Careful work communicating and educating the Belgian community was an integral part of this process. It has been, naturally, an uncomfortable process, but it is vital in order to move forward and create a change from the past. As well as removing statues, Lydia and colleagues have also worked to create new statues: a young Belgian Congolese woman who has done extraordinary work with girls of the Congolese diaspora has instead been memorialized in a city centre statue. This young woman represents decolonisation and feminism working hand in hand, as a signal that old power structures are changing, and that different forms of power are recognised and acknowledged today.

“Decolonise Berlin” is a collective of civil society organisations, who are committed to the “critical examination of the history and present of colonialism and racism, to the recognition and reappraisal of colonial injustice, and to decolonisation throughout society.” They are running education programmes, changing local monuments, and developing art and cultural projects in order to achieve their aims. Berlin has a special place in the story of colonisation because of its role in the drawing of colonial borders. Therefore the actions taken to redress Berlin’s past have a broad implication and symbolism for the broader decolonisation story.

Reclaiming the true narrative and building a common understanding of historic events has been a key step in the conversations around decolonisation in Germany. It has, however, been a struggle to create the changes needed in the decolonisation process. In Germany, school books make barely a reference to the to the genocide in Namibia, which took place between 1904 – 1907 and saw between 24,000 – 100,000 Herero and 10,000 Nama’s killed. The government only publicly acknowledged their role in this genocide in 2021 . This kind of public responsibility must happen in order for meaningful restitution work to take place, and has only happened due to the diligence and actions of grassroots and community level organisations. Current actions include renaming of streets, still resisted by many locals, which are starting to make a material and physical change across the city. 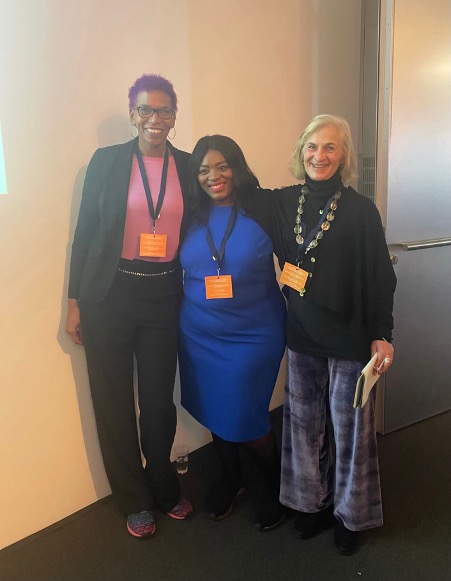